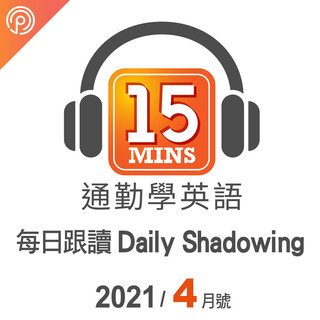 Ep.K088: 一年繁衍5隻幼獅後 獅子做輸精管切除術與2021年度昆蟲 About Nature - Lion has vasectomy after siring five cubs in a year

每日英語跟讀 Ep.K088: About Nature - Lion has vasectomy after siring five cubs in a year

A lion had a vasectomy on Thursday after his Dutch keepers decided he had sired enough cubs.

Thor, 11, had fathered five cubs with two lionesses in the past year, staff at Burgers’ Zoo in Arnhem said.

Veterinarian Henk Luten said it was the first time in his 35-year career at the zoo that he had carried out the procedure on a lion.

""Why are we doing it? Because he’s a proven breeder. We have a lot of offspring and we don’t want to have him overpopulating the genetic pool,"" Luten said.

Staff said they had chosen to carry out a vasectomy not a castration which could have caused Thor to lose his mane, along with his standing in the pride’s social hierarchy.

Danish Mayfly named 2021 insect of the year－丹麥蜉蝣被選為2021年度昆蟲
The Danish Mayfly, whose scientific name is Ephemera danica, was selected as the Insect of the Year for 2021.

Mayflies have existed for about 355 million years and today some 140 species live in Central Europe. Despite their fleeting time on earth in their final form, their developmental cycle is quite long.

Female mayflies lay thousands of eggs under water between May and September every year. Larvae hatch within a few days, and eventually develop gills. Buried in riverbeds, they take between one to three years to develop.

Shortly before the transition from aquatic to terrestrial life, a layer of air forms between the old and new skin of the larvae. By reducing its specific weight, the larva rises to the water surface.

Once there, the larval skin bursts and within a few seconds a flyable mayfly hatches. With no mouth parts nor an intestine, the fully developed mayfly has only a few days then to mate and lay new eggs before it dies.