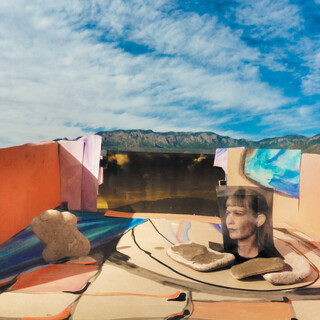 "It's just for contractual reasons," I explained
Signing the papers
As if I truly believed that a contract was further
From the institution than the industrial happiness complex

But in the year of love
I signed a deal with patriarchy
Now watch me step
Into the place where you can see me: Look at mе
You think that I'm different, but I'm a stagehand
Look, it's there, under the ring
The imprint on my skin

Oh, a year later, I'm on stage
When a man proposes to a woman
Right in front of me, in the middle of a song
I thought I knew what was about

And I am holding a disco flashlight
It is meant to make the audience
Feel like multitudes of colors
That belong to nobody in particular
That they share between their bodies
But now all it does is light up a proposal
A normcore institution
I am giving it my voice, but then again, I already did
Oh, already did

But in the year of love
I did what I never thought I would
And you may think I'm different
But listen, all contracts can be sung
With my voice, I'm just a stagehand
Look, it's there, under the ring
The imprint on my skin