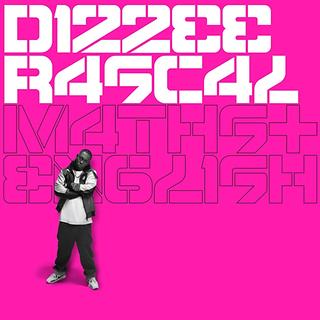 [Verse 1: Dizze Rascal]
Liar liar, pants on fire, you're not gangsta, you're not street
You just make yourself sound gangsta when you're rapping on the beat
You ain't got yourself in no life-threatening situations yet
You're no dealer, you're not balling, you just get yourself in debt
You're a fan of hip hop, wanking when you hear them rappers talk
Love to sit and listen but we know that you don't walk the walk
What's with all the fake aggression, I can see that it's not true
I know killers, I know gangsters, and they never heard of you
You ain't robbed nobody, shanked nobody, you ain't bust no gun
You ain't seen no ghetto action, who do you think you fooling, son?
You should pull your trousers up, you know it ain't your type of look
You're no playa, you're no pimp, I think that you should read a book
And seckle, find yourself a pretty girl and settle
You know that if it's on that you ain't drawing for no metal
I know them rap songs got you thinking you're some kind of g
Well if that's the case, then que sara and what will be will be

[Verse 2: Bun B]
Well it's big Bun B and I'm back again, talking that shit on the track again
Too many motherfuckers be lying about selling, buying and trafficking
I'm like really though what's happening, you boys talk about that crack again?
Cause we don't believe you, need more people, y'all might as well just pack it in
Show me the paper you're stacking in, show me the blocks you got on hold
Show me your workers, show me your shooters, lemme see the neighborhood you control
Lemme see if you a boss, and if motherfuckers is scared of you
And if somebody trying to take your shit, let me see what you prepared to do
Are you ready to go to war? Are you ready to shoot to kill?
Are you really gon' man-up or bitch-up? Just tell the truth for real
Are you ready to take a life, walk up to 'em and squeeze the trigger
I don't think so cause you ain't built like that, so just be easy, nigga
Cause you know you ain't 'bout no drama and you know that you really don't want it
So stay the fuck out of the way when them trill-ass niggas is on it
Dizzee Ras and UGK, you know we stay connected
Trill recognize trill, so just respect it and check it
And tell me

[Verse 3: Pimp C]
Where the Benz and where the hoes?
Candy niggas with candy clothes
Where the cocaine? Where the o's?
Where the SoundScan, where the shows?
You's a pimp, bitch, where the track?
Where the diamonds and where the Lac
You say that you that you in hot pursuit
But I ain't never seen you with a prostitute
I got everything I say
Don't believe me, ask Lil' J
On the West ask Ice-T
Fuck good but my dick ain't free
So hood I used to whip the d
Patron and wood when I'm in the B
Sweet Jones, Tony Snow, Percy Mack, Pimp C
Bitch, I got a bunch of names
Getting head in the H.O.V. lane
Getting red, I let my nuts hang
Wear a lot of red but it ain't no gang
Chased by the feds but it ain't no thang
I guess they think I still sell cocaine
92 carrots in my chain
Jumping out a red-candy thing
Never snitch, never tell, get caught up, go back to jail
Before I tell them hoes shit, fuck the law, they can eat my dick
The main niggas that pop the trunk
Go to the pen and get with them punks
Then come home trying to act tough
When they was up there getting fucked in the butt