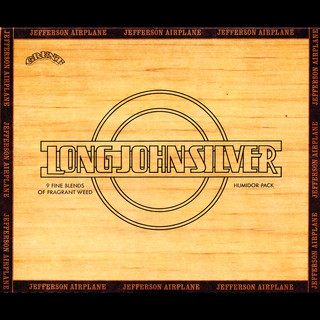 Long John Silver, ring in his ear,
He's the hero, make that clear.
Does the same thing his father did,
Sailing around the Caribbean,
Robbing kings with his talking parrot,
This time I think he's on the high side.

Scabs are forming, scraped his knee.
Guards are warning, a bad man is free.
He's like electric clock that needs no winding,
Keeps the time without your hands.
Western feet need no binding,
Take a barefoot run through old Japan.

He's seen a thousand countries,
They're all the same.
Some men are crazy,
Some of them sane.
But all men are ruled by a flag or a game,
And he knows nobody's got you if you don't sign your name.

Long John Silver serves no king.
No land holds him, that's why he feels like singing.
Every country now and then,
Roars like Irish, drunk and singing.
Every monk will now and then call his men to hear the wenches,
Night bells ringing.