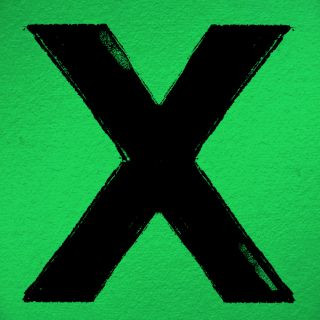 I'm not a rapper; I'm a singer with a flow
I've got a habit of spitting
Quicker lyrics you know
You found me ripping the writtens
Out of the pages they sit in
And never once I get bitten
Because plagiarism is hidden
Which I would sit on the rhythm
Prisoner with a vision
Signs of LA, but didn't listen to any criticism
Thought you knew but you didn't
So perk your ears up and listen
Studio with a system
And you could say that I'm driven
And now it's on to the next saga
We drink the best lager
I never tried to win you over
Like your stepfather
I do my own thing now, and get respect after
And I'm avoiding cocaine like it was Get Carter
For four years I never had a place to stay
But it's safe to say that it kept me grounded like a paperweight
At 16 years old I moved out of my home
I was Macy Gray I tried to say goodbye and
I choked
And we've been sleeping at the subway station
Sleeping with a Movie star and adding to the population
Not my imagination, I don't want to relax
But would it hurt your reputation
If I put it on wax?
So take it back now...

Take it back with the rhythm and blues
And my back pack I'll be singing the news,
Trying to act like Jack Black when I’m rocking the school
I'll make a beat with my feet by just singing a loop,
Bringing the lyrics to prove that I can fit in these shoes,
And keeping the truth through the vocal booth,
Stars burst out on the scene like an opal fruit,
They try and take aim like beckham when he goes to shoot,
But then again that's what they're supposed to do,
And I'm supposed to be calm,
I tattooed the lyrics onto my arm, whispering everything that Happens is from now on,
I'll be willing to start again at the end of the song,
Still they think I handled it wrong,
But then I never had an enemy, except for NME,
But I'll be selling twice as many copies as the magazines will Ever be,
With only spectacles ahead of me and festival fees,
To help me with a Dalmatian, no pedigree,
Singing for the masses,
Rubber dinghy rapids,
Keep this rapping a habit
And keep on passioning magic,
I'm battling with respect,
I don't know if I'll have it,
This songs from the heart,
Grabbing the plaque
I'll take it back now

Take it back now
I don't ever want to be perfect,
Cause I'm a singer that you
Never want to see shirtless
I accept the fact that someone has to win the worst-dressed,
Taking my first steps into the scene,
Giving me focus
Putting on a brave face, like Timothy Dalton
Considering a name change,
Thinking it was hopeless
Rhyming over recordings
Avoiding tradition
Cause every day some lyrics
And a melody can be written
Now absence can make your heart break
But drinking absinthe can change your mind-state, vividly,
I need to let my liver be
And I say it again,
Living life on the edge,
With a closed hand full of friends
Is good advice from a man
Who took his life on the road with me
And I hope to see him blowing up globally
Cause that's how it's supposed to be
Screaming out vocally
It might seem totally impossible
Achieving life's dreams
But, but I just write schemes
I'm never having a stylist, giving me tight jeans
Madison Square Garden is where I might be
But more likely,
You'll find me in the back
Room of a dive bar with my mates
Having a pint with McDaid
Discussing records we made
And every single second knowing
That we'll never betray
The way we were raised
Remembering our background
Sat down
That's how we plan it out;
It's time to take it back now

My dreams keep me awake at night
Written in rhymes, and lies, deliver the hype
Am I just living the lie
With this you must know that the number's just sold woah
Will keep me going through the tough times, dream with me
We forget 90 per cent of it when we wake
But the other 10 per cent it never fades
Dreaming dreams, day to day goals
Stay awake loads, try to make the cut like the
Paper or razor blade, never give up
And just remember just to hold out more
A couple years ago
I couldn't just control that thought
You'd find me buskin' on the street
When it was cold outdoors
And now I'm sweating on the stage
With the sold out tours
Writing love songs for the sake of it
Never to make a hit
You can't fake talent and work ethic just to make it quick
I'm not a rapper I'm a singer, I just take the piss and
Most of these other guys are guys that pose
His little sister has to babysit, that's just a way it is
Dreams you own, just set your goals
And have the utmost faith in it; tread your own path
You'll never make it as a follower, you'll never know
Where you will go or where you will be tomorrow