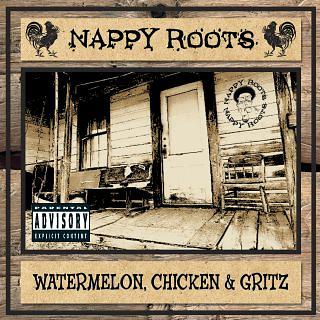 [B. Stille]
Uhhh.. this nigga no games (games)
With my Hanes tee shirt, with a pic and roll chain (chain...)
Doo-rag, heavy blue 'Lac - 85 South, don't drive it too fast (too fast)
My niggaz don't roll no billies,
get a big box of them brown Dutches (brown Dutches)
We don't want no brand new Cartel
Brandon lemme get them keys to the Cutlass (Cutlass)
Represent for the M-I-L, the A-T-L, the Macktown (Macktown)
Stay smokin that smackdown, keep myself a little half pound (half pound)
You know B. Stille in the cut, on the back po'ch Jig drillin it up
Black folks just livin it up, court next week not givin a fuck!
What's up? Grown standin - only rap to them grown women (grown women)
Stay high, we'll play shy, least till I can get home wittem
Shorty whattchu thinkin? Whattchu drinkin? - thinkin it is what it ain't
I cain't be trickin, so don't be trippin, thinkin I can't when I cain't
Come on..

[Skinny DeVille]
Nigga hooked it up, like the waitress from the IHOP
Nothin but the grits, steak, and egg with that
waitin for the five dollar pancake, front-back side to side
Them polly country boy, Cadillac, cat sick in the multi-color
All clean (twenty inches) at the seam (plenty chickens)
Get the green (spit the swishers) at the Beam (shit done seem)
Craziest muh'fucker, what y'all niggaz do for cream
Never knock the hustle scheme, only what the cheddar bring
Hate, fake-niggaz, hoes, envy, greed, jealousy
Cain't hate, what a nigga make, type of enemies
Smilin in my face but they really ain't no friend to me
Cain't wait, send em eight straight nine milli-mee
Aww hell naw, y'all niggaz ain't feelin me!
Colt 45 e'rytime like Billy D
Ninety-five dead leave through Tennessee
Quarter pound with the chron' fuckin wit my memory

[Fish Scales]
Go down to the country, you won't wanna go back
Vertical grills in front of the 'Lac
Guns roll so fast put one in my back
Plus a buncha country boys wit gats, you don't want none-a that
Keep - my nine - right beside me, at all times
Cuz I be in the line, like somma these niggaz you find
Don't want you to shine, right yea..

[R. Prophit]
From the side and nine-to-nine
Roll around here somethin tryna sell mine
Lord know but I got a dime early time
Got me feelin to', now my Eggo's cold
See I'm a country boy (Huh?) Close the door (Huh?)
Clinton and Gore (Huh?) Y'all been warned (Huh?)
Guns and more - better hit the floor
Them yeggaz want ya cuz they comin in with them laws

[Fish Scales]
Fuck - yo life; buck - my chife
and I got my ride, fool, I'm ready to ride
For my yeggaz I'ma bring it to you dead or alive

[R. Prophit]
Yeah that's fa sho' ya betta know that
You a nasty hoe, ya betta show that
Got a quiet lil' spot we can go at
And if you ain't wit that, we can show you where the do' at