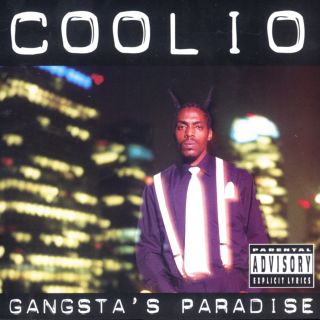 As i walk through the valley of the shadow of death
I take a look at my life and realize nothing's left
Cause i've been blasting and laughing so long that even
My mama thinks my minds gone but i ain't never crossed
A man that didn't deserve it.
Me be treated like a punk, you never unheard of
You better watch how you're talking and where you're walking
Or you and your homies might lined the chalked

I really hate the trip but i gotta loc
As the croak i see myself in the pistol smoke
Fool! i'm the kinda g that little homies wanna be like
All my knees in the night
Saying prayers in the street light..

Look at the situation, they got me facing
I can never live a normal life, i was raised by the stripes
So i gotta be down with the hood team
Too much television watching got me chasing dreams
I'm a educated fool with money on my mind
Got my tin in my hand and a gleam in my eye
I'm a loc'd gangsta set trippin banger
And my homies is down so don't arouse my anger
Fool! death ain't nothing but a heartbeat away
I'm living life, do or die what can i say
I'm twenty-three now , will i ever see twenty-four
The way things are going i don't know

Power in the money , money in the power
Minute after minute, hour after hour
Everybodys running but half ain't looking
What's going on in the kitchen but don't know what's cookin'
They say i gotta learn but nobody's here to teach me
I guess they can't , i guess they won't , i guess they fornt
That's why my life is outta love fool !