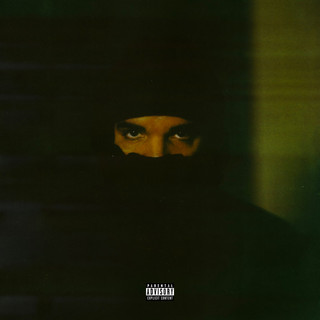 When To Say When

Yeah
Somebody, um
Somebody hit me today and they were like
"Nah, just make sure, you know
You tell me what to do when I get there, you know?"
(June, you're a genius)
I said, "I respect it, no problem"
I got all these blessings just to give it to others anyway
Know what I'm sayin'
Yeah, my hand's always open, for real

Ayy
Thirty-three years, I gave that to the game
Thirty-three mil', I'll save that for the rain
Five hundred weeks, I'll fill the charts with my pain
Five hundred mil' and I'll fall back in the 6ix
Finally give you niggas the space you need to exist
Michael Jackson shit, but the palace is not for kids
Still women sayin' it's childish, the way we live
Brought a few Ws to the 6ix
Baby mama fluke, but I love her for who she is
Baby, Wayne and Tez responsible for this shit
Half the time, I question my consciousness in this shit
Other times, I question if compliments are legit
Full-time, I'm out here confident as a bitch
Tryna make good on the promises that I give
Tryna make sure my accomplices are legit
Register the business in my brother's name
Thirty-five hunnid in her pocket, that should cover things
Certified lover man, trappin' out the motherland
Always move right so my watch is on the other hand
She can try and play it down now, but she was a fan
People wanna know what's in my pockets, they don't understand
My assistant always findin' Percocet and rubber bands
Know my mom might not want to hear how I discover plans
Word to Sandra Graham, no one love you like your mother can
I watched Michael Rubin win a million off a couple hands
I decide what to see next like it's on demand
I decide what to be next like I'm switchin' plans
I'ma tell you what you feel next like the weatherman
I will split heads and break necks for my little man
6 God, prayin' hands like I'm a religious man
But I'm just a sicker man, wicked man
Look, we can argue back and forth, but who's the richer man
Isn't that what matters in this world that we livin' in
Bang those dividends, snakes stay slitherin'
How you plan to make it to the top by just fittin' in
How you plan to take a nigga's spot by just givin' in
How you gon' treat this shit like you gon' get to live again
How you gettin' hype off one hit? Do that shit again
How you got a manager you met after you got the win
Bet you got some niggas that'll love you 'til the bitter end
Bet you got somebody that's just smarter than your other friends
Give 'em a percentage, see what happens to your blessings then
You just need to stay close to your people that was there when others could've been
Than when others should've been
Got a nigga starin' at the game like, "Damn, coach, put him in"
But you never listen, so you niggas goin' wood again
Got us in the crib, talkin' 'bout what niggas coulda been, shoulda been
And I got your girl on the second floor, beggin' me to put it in
And it's not because all of the money that you wouldn't spend
And it's not because I set it up to try and get revenge
It's because you niggas insecure, you ain't made men
It's because even though you hate on me, we stay friends
It's because you niggas never learn when to say when
Yeah

For real
Facts, you know what I'm sayin'
Hahaha, yeah

I even took that day, I even Drake
That handsome man, who is the king, Drake, yes
See him? Which means people from back inna di days me comin' from far with dem mandem Drake, Kardinal Offishall, nuff ah dem
So you know Drake from time then? Yeah man
Okay because I know when he keeps like a party and stuff
He wouldn't invite you guys, compain and stuff
Yeah man, in the six, yeah man, dem man out there right inna Drake video, man, right beside Rihanna man
That's right, that's right
And I respect that because, um (Yeah)
A big lion like him didn't have to remember, you know
So that was a nice time (Yeah)
But what mi ah try show you is the people dem ah say "Ah, Drake is not here, guy"
Y'all can get, shut up, dawg
That man had the biggest ting in the world, yeah, yeah, yeahY'all relax, with what knuckle sandwich, I eat (Hehe)

Make sure you nuh choke off some ah box juice with it, stop af-
Yeah, dem man there ah King of Israel, of
What are- what are they doin' (I don't know)
Can you still have some, "He's wack guys"
"He ain't hard," and when ya a hot fiya
You have water, you have piece of water
"Hard and soft," funny, stop it
That mandem is the king (Haha)
I don't care