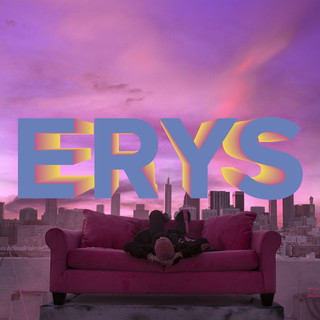 Syre died in the sunset, don't be like him
Erys was born in the dark and was handed a
A lot of shit I think about I never plan to admit
That's why I had to make the canvas in brick
I understand they don't get it
They just wanna see the flick of the wrist
All the racks, pink pistols and drip
They in the stands and they trippin' man
They don't listen, but it's simple as shit
Give me a minute while I paint this picture
No one figures it was Erys and his boys in the city doin' chores
'Cause he know he gotta push that vision
Idea kinda sore, unprotected with the scorch
No remorse, man you get it homie, business is business
There's a lot of foul fall when the city fair share of our collisions
Got hot, almost turned into a scrimmage
I had to run around the block, young nigga was winnin'
So when I'm whippin, switch plates and the windows is tinted
Man this shit is so different Los Angeles is all fake
And Erys is a young genius, he's gonna take it
No traces on them clothes, gotta pack it, make it
As-Salaam Alaikum, pray to God I make it
We run the city with these vision laces
New mayor if they break it, I'ma renovate it
I just push the pen to the haters
Got demons but I been a slayer
Always flex like lemon layers
They just need to switch their behavior
'Cause this is what I call

Them boys gotta a lot around the corner, probably shut down
We don't ever see 'em when the sun is out
Alotta pink charm when I'm runnin' 'round
And I'm still waitin' on the hunnid thou'
Really, out here helpin' people you don't give a fuck about
Lift off for the clique, they pissed off
Crystal, sip, sip, know them niggas talk
Young boy, I don't trip, ERYS I been the one
Jeweler hit my line he said "What color for the neck?"
I told him "Pink"
Flamin' with that dummy shit more water than the sea
Honey I speak it to so and so and now I'm rollin' up my sleeve, jeez
If I'm honest, we the hottest by the beach see?
Shit they don't believe, so I had to let her

Another young nigga gold in the sunset
We were shootin' down the drones, we were upset
They was comin' for my fam, homie fuck that
We was runnin' from the feds in the garden

From the paint
Flood me with the dumbest shit, that drippy in my drink
Take a straw when I sip it, got a hit me, I'm a beast
Couple pillys feelin' trippy, feel like shootin' in the streets
Niggas silly, they don't feel me, so I gotta let em' see it

Another young nigga gone in the sunset
We were shootin' down the drones, we were upset
They was comin' for my fam, homie fuck that
We was runnin' from the feds in the garden