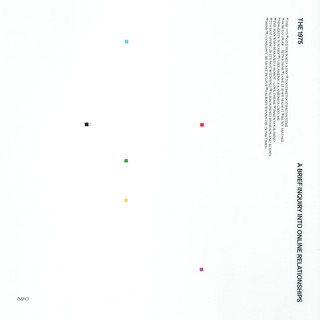 The Man Who Married A Robot / Love Theme

A Brief Inquiry Into Online Relationships

This is a story about a lonely, lonely man
He lived in a lonely house, on a lonely street
In a lonely part of the world but of course
He had the internet, the internet, as you know
Was his friend, you could say his best friend
They would play with eachother everyday
Watching videos of humans doing all sorts of things
Having sex with eachother
Informing people on what was wrong with them in their life
Playing games with young children at home with their parents
One day the man whose name was @snowflakesmasher86 turned to his friend the internet
And he said, "internet, do you love me?"
The internet looked at him and said, "yes, I love you very, very, very, very much. I am your best friend in fact I love you so much that I never ever want us to be apart ever again"
"I would like that" said the man
And so they embarked on a life together
Wherever the man went he took his friend
The man and the internet went everywhere together
Except of course the places where the internet could not go
They went to the countryside, they went to birthday parties of the children of some of his less important friends, different countries, even the moon
When the man got sad
His friend had so many clever ways to make him feel better
He would get him cooked animals
And show him the people having sex again
And he would always always agree with him
This one was the man's favourite and it made him very happy
The man trusted his friend so much
"I feel like I could tell you anything" he said on a particularly lonely day
"You can, you can tell me anything, I'm your best friend, anything you say to me will stay strictly between you and the internet"
And so he did, the man shared everything with his friend
All of his fears and desires
All of his loves, past and present
All of the places he had been and was going
And pictures of his penis
He would tell himself, "man does not live by bread alone"
And then he died in his lonely house, on the lonely street
In that lonely part of the world
You can go on his Facebook