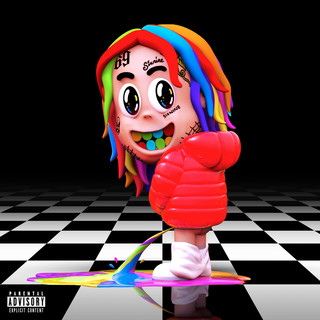 Bitch, I'm silly
Up them choppers, shoot your shit up, let's get busy
Drinkin' Henny, goin' brazy, poppin' pillies
Sex Money Murda, shoutout all my blazing Billie's (All my Billie's)
We in yo' city (We in yo'-)

Shoutout my apes in the fuckin' zoo (Falayo)
Falayo, they gon' shoot
Spin a hoop, who the fuck is you?
Who the fuck you know, nigga? No, nigga
Niggas killed your cousin, you want smoke, nigga? (Stupid)
Glo nigga, rollin' up your cousin in a blunt, nigga
Bozo, bitch, are you dumb-d-dumb-dumb-dumb-d-dumb-dumb-dumb? (Stupid)
Bitch, I'm Nick Cannon with this drum-dr-drum-drum-drum
(Brra-pum-pum)
Pull up with semis, no lil pump-pr-ump-pump-pumps
(No esskeetit)
We goin' dumb-d-dumb-dumb-dumb-d-dumb-dumb-dumb
Bitch I'm stupid, bitch I'm dumb
I be tweakin', I be wildin', I be booted (Bitch, I be drunk)
I be stealin', I be robbin', I be lootin' (You don't wanna die)
Your boyfriend dumb, he get no money, bitch, he stupid (Is he dumb?)
Oh, bitch, he, oh, bitch, he stupid
Damn, homie, in high school you was the man, homie (2012)
What the fuck happened to you? (Stupid)
I'm just sayin', homie
Now you smokin' Black & Milds, smokin' reds, homie
Ah-ah-ahh, what's up? Shmurda on the motherfuckin' set
Nigga 6ix9ine what's poppin' cuz?
Tell him shut up, suck a dick
Tell him fuck him, I'm the shit
Bitch, I'm drunk recording this
I'm getting money, I'm the shit
Shoutout my Bloods, shoutout my Crips
That nigga Ebro, he a bitch
Just another old nigga on a young nigga dick
Bitch I'm lit on the 'Gram, a million likes, you see my shit
A bitch DM for the dick, but I probably wouldn't hit
VVS, Cuban hit, shoutout Jimmy for the drip
Your baby daddy mixtape wasn't shit, he a bitch
Free Bobby, free Rowdy, free Cueno, free the 9
Shoutout Jay Dee, shoutout Kooda, Dee Savv, those my guys
FOA they gon' ride, GS9 they gon' slide
When I woo, woo back, ah-ah-ahh, those my guys

She give me neck until I burst out
She use her teeth, she get cursed out
And all these suckers with they fucking feelings
Always got these bitches with they purse out
We on the flag, put the bird out
Like Young Bricks put the word out
You know you like a nigga Shmoney Dance
You gon' love a nigga when I swerve out

Bitch, I'm silly
Up them choppers, shoot your shit up, let's get busy
Drinkin' Henny, goin' brazy, poppin' pillies
Sex Money Murda, shoutout all my blazing Billie's (All my Billie's)
We in yo' city