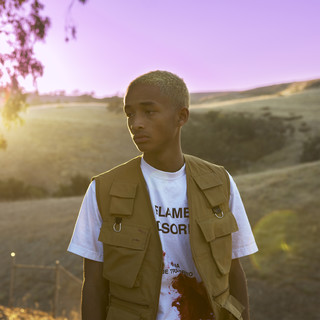 Said she wanna go to SoHo
I just took one sip, all them cars move in slow-mo
New supermodel bae, tryna keep it on the low-low
Broke up with me one day, girl your hearts just so cold
Said that I'd give you the world and you turned into a snow globe

Oh no, baby now they taking photos
Me and my red cup in the cut, girl, I'm so low, dolo
Head in the club, girl I won't go
I got niggas looking for me, coming for my whole soul (Yeah)

Tryna get me they think they slicky, I'm on road though
I got all those sexy pictures of you wearing no clothes
I don't post those, you know the flow so cold
This mic froze over 'cause he know I'm Frozone
Everything I wear on the air it's the wardrobe (Woah)
Fuck the po-po, bounces like pogo
See what you do to me bae, I'm loco
Hit me on the phone (Yuh, ayy)

Said she wanna go to SoHo (Oh)
She said I'm sick of chillin', sittin' in the hills reading old shows
She said I wanna go to Paris and I want a real kimono (Oh)
Or get it poppin' with my partners, swear we gotta feel the mojo
Don't got that counterfeited swag, fucking the system that's a no no (Yeah)

We got orange [?], new whip, finna orange it
Man I'm thinkin' 'bout going to Florence and (Damn)
All my foreign shit, you endorsin' it (Yeah)
It was porcelain, I had a competition and a tournament
I was there hanging like an ornament
The poets asked me am I bored of this
Bored of this, borderline torturous (Borderline)
The way your voice comes through your lips, I
[?]
I'm, so close, and I'm
So far, and I'm
Tell one time
So does yours or mine
No courtside
Ooh, oh

Said she wanna go to SoHo (Yeah, ayy)
I just took one sip, all them cars move in slow-mo
New supermodel bae, try to keep it on the low-low
Broke up with me one day, girl your hearts just so cold
Said that I'd give you the world and you turned it to a snow globe

I don't fall in love with most people, but I just love you
Love yours eyes, just had to say that
Told her her eyes are good
Of course, this could be bad for us