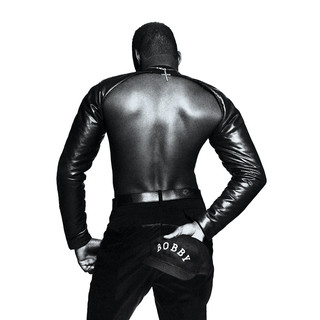 Maybe the fact I got a flight at six
Adds to the mystique of what might exist
Lurked your Instagram tryna like your pics
I know your boyfriend, he probably might get pissed
It's one o'clock, I've drunk all of this
So that's probably why I'm all acting brash
I'm like an addict how I have to smash
I'm always leaving fast, she think I am The Flash
Cause she's never catching a man
If it don't pan out I'm a flash in a pan
Young Leonardo, try catch if you can
We just spent the night now send her back to her man
Maybe some different time our paths will cross and then we'll drink some wine
And we'll fuck and we'll kick it, smoke weed for a minute
You'll end up a verse when I think of a line
Or when I need a muse on a record just like this one
And then when she hears it, she's so amused
She think it's her but it's just fun
I mean really now, it ain't just one
I mean really now, when I jot this it's just a stream of my conscious
Miss when I touch on these topics
I'm thinking 'bout when she's topless
Out on vacations going in the tropics
That was before we broke apart just like chopsticks
Now I know our past it ain't spotless, nah but we got this
Girls slip away and then find their way inside flows
Guess I could've took that chance I suppose
But that's life and the way that shit goes, she knows
Yeah, she knows (Kehlani)
I always wondered 'bout why you let me go
Why you let me walk, up on out that door
We just went out for drinks
Then you took me home, walked me to my porch
Where you turned me on
That night you told me that you heard it in the background
Not just any music talking Mr. Soul Child
Said you was scared to come fuck with me cause you see I'm chasing dreams
But that mean that I don't need no love
So tonight you should go and take a chance with her
She could be everything you wanted, everything you wanted boy
Don't let that get away, don't let that slip away
Don't let that love escape
Don't let that get, don't let that get away, don't let that
Don't let that slip away, don't let that love escape
Don't let that get away, don't let that slip away
Don't let that love escape
I know we fell out of touch and this probably won't amount to much
But if we're trying to get back to where it got away
I'mma stay, not about to rush
All the fights and the bouts and such
Your best friend hate it but she doubts a bunch
You make the call, I know I've been gone for long
But rainfall after droughts are lush
Shoulda-wouldas always crossed my mind
Years passed guess we lost the time like a misplaced watch
To be straight up like I sip straight scotch, know I crossed the line
But what if it seems that the dreams we both chase
Conflict with each other's then there won't be no space
To make a home now when you know there's no place
I guess there'll always be a part I won't face
Real life and that's why I left with no trace
Knew I couldn't answer the "please don't go" face
Know your lifestyle's a slow pace, I like that
But right now I feel like my life's a boat race
Yeah it's sad but we're worlds apart
But life is short
Maybe I was made the villain but I'mma save t