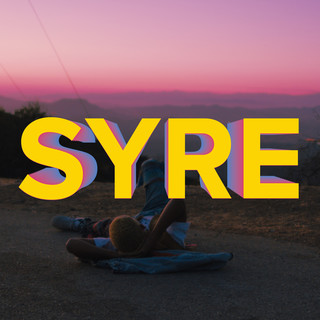 Alright, nigga, no more fun and games, let's go (oh, fuck)
You, you set the standard for the future generation
What, me? Do you know how much pressure that is?
No seriously... fuck, ughhh
Liar, yeah, listen

Slum Village with the feeling, get a beat
I bet you I'ma kill it (kill it)
Huh, you ain't ready for the realest high
Suck it right between the ceiling (ceiling, yeah)
Look, my flow is sick as hell (yep)
I had to bail my baby out of jail (what?)
I'm doing me and I do it well (damn)
You think I'm wack, who are you to tell?
All you hype boys silly (silly)
You a square like Piccadilly (yuh)
I do not care how you feeling (no)
I thought you knew I'm a villain (really?)
Yeah, I don't like it when these jokers
Lookin' at me sideways on a highway
Cause you know I'm bout to do it my way
'Til the MSFTS blow, Pompeii
Jay driving it the wrong way
I do not see what your seeing
Lately, I feel European (dream)
Salmon, I'm swimming upstream
Look, I don't know why you would doubt
Know I'm coming for the crown (yuh)
Drop an album, kids want to party
Get them niggas out my house (out)
This is Hidden Hills, how are you allowed?
I cut the music, it was loud (do it)
You don't deserve my respect
When I talk to Kendrick, man, I sit on the ground (yuh)
Just to get a little reference
So we have no confusion (shit)
My flow Call of Duty prestige
Seeing through your illusions (damn)
The Illuminati's real, that's the deal
Write a book so I can prove it (no)
All you rappers just a nuisance
It's always been more than the music
Now they looking at my new 'fit
Rockin' Couture on the floor of a Louis V store
And I'm sorry I'm stupid
Riding to Metro, we boomin' (yuh)
All the MSFTS come together in a Tesla
And we zooming
Annunaki going stupid
Psilocybin, feeling lucid
It's always been more than the music
Off to Saturn in a cruise ship
Now I'm snapping like a toothpick...

You're all here and this shit possible, exactly
Look, look, exactly, so, I told her that [?]
You're suppose to [?]
That's what I'm 'bout to say, [?]He's gotta
You see the vision (that's what I'm saying bro)
Even when shit is...
Why am I paying this verse if they don't value it as much... not even for those reasons that I told you earlier
At the same time it's kinda difficult to get your money in cash when you're just so big

Yo, Flacko— Flacko, let me play you something

Yeah, ooh, this one's for all of my renegades
Plan B, sippin' lemonade, skrt on the beat like a centipede
(Skrt, skrt, skrt) Yeah, squad fuck with us heavily
Wack shit, I got a remedy, blow up like a couple of enemies
Sideline with a felony
On the move like a melody, I don't care what you telling me
I don't do nothing fugazi
'Til I tell you we amazing, I will be their everything
They're a piece of shh, I'm a royal flush
MSFTS in the building, you should know what's up, what's up, what's up
You call me on the phone so don't you blow me up
Yeah, hah, whole squad blowin' up, yeah

Breaking news there is a band of renegades
Teenagers in north Los Angeles, Calabasas area
Throwing paint, art pieces, blasting their new albums
There has been a triple homicide by a man named Syre
So, you think you can save rap music?