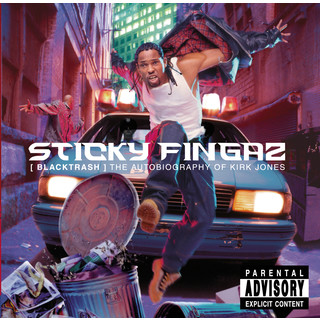 Yeah, State vs. Kirk Jones, Judge Battle now residing
Got a case of armed robbery that ended up in violence
Maximum sentence, life in jail’s what you’re facin’
Prosecution set it with your opening statement


Your honor, before we get started
I’d like to give my condolences to the family of the dearly departed
Tyrone survived by his mother Barbara
His two year old daughter T’yanna
And the baby’s mamma Sandra


He’s a murderer!
That animal killed my baby’s father!


Order in the court!

I’m sorry for the outburst, your honor
I have an original copy of the police report
January the 4th the day that Kirk Jones got caught
The forensic report states there was a gun in the car
And gunpowder residue on Mr. Jones’ right arm
Baliff, could you, please, pass this report to Judge Battle?
Mr. Fitzpatrick, there’s a few questions I’d like to ask you
You said you was outside the store in Manhattan
So could you, please, tell this court, what you saw happened


Yeah, he killed Tyrone, I saw everything
The argument, how son drawed, hose and everything
The worst shit I saw in my life, I wanna testify
I swear before God it was Kirk Jones, no lie

Did you see that man in court today?
Do you think that you could point him out?

Yes, that’s him right there!

Yeah, without a doubt
Same nigga that took my Pumas, but I ain’t hold no grudge

Remembered his foul ass when I saw the blood

You stated you had a run in with Kirk Jones before
In your opinion is he the type that would rob a jewelry store?


Your honor, objection! His opinion should be stricken from the record!

I’d like to call my next eyewitness Mr. Paul Dejour
Paul, could tell us what happened inside the store?

Pull up in the reflection in the mirror in the store glass
And quicker, that you could say “Nigga, kiss my ass”
He hopped out of the passenger side wit a black ski mask
I saw somebody run up in the store and order us on the floor
Yo, I swore I was a goner for sure
He tried to snatch Tyrone’s bracelet
It just appraised to the twenty grand and Tyrone wouldn’t let him take it

Is that the moment when he shot him?

Yeah, man, that’s when he popped him
I was so scared I laid there, played possum
He started to blast this way, ‘til the gat was empty
He took the gun handle and broke the glass display
He emptied all of the trays and ran out the store
And I watched Tyrone bleed to death on the floor
I can’t remember no more, that’s all that I saw, ha-ha

Okay-okay, calm down
I have no further questions, your honor

Court is now in session, now gettin’ back to business
Pat Haley for defense, please, call your first witness


Yeah, aight, your honor, I call up Henry Lace
He’s the witness that I’m cross examinin’ for the case

Yeah, I testify, your honor, it was death by dishonor
It was a crime committed, I swear to you I know who did it
It happened so fast, I didn’t see alot of it
But I know for a fact he stuck a gun to his esophagus

Wait-wait-wait, objection, your honor, his statement’s preposterous
There was no weapons found, no sign of no hostages
Remember, Mr. Henry Lace, you under oath
You lyin in the stand to get him fryin’ in the pan

Now, where was you the night you claim he shot Tyrone?

I was right there

You and holmes had beef before Kirk got home
Was you mad because he came home bangin’ your chick?
Got your boys out the hood, now they slangin’ and shit

What you talkin’ ‘bout?

I know, you mad, that’s why you in court, turnin’ on him
Kirk cold blooded killer wit no burner on him
Come on, you don’t believe he murdered Tyrone
I believe you wasn’t there, you just heard it by phone

Man, you crazy, man, I was right there

Yeah, right, where you witness at? I read your rap sheet

He killed Tyrone, man! Fuck that!

Order in the court, now I’m warning you defense
Tell your client take it down, matter fact ‘proach the bench
Counsel in my chambers, so that we can situate
Let the jury be excused, so they can go deliberate

In the case of the State vs. Kirk Jones you heard it
Both sides testified and the jury reached a verdict:
Guilty all counts from theft to murder one
By the time you gettin’ out, you gon’ have a grandson

What?! Get him out of my courtroom!

Fuck you, Pat Haley! Fuck the judge! Fuck everybody!

Baliff, baliff, remove him from my courtroom

Fuck this shit! I hope you all burn in hell! You're gonna die, bitch! Fuck you!

You will spend the rest of your life in jail for this! You will be held for contempt of court, and anything else I can find that…