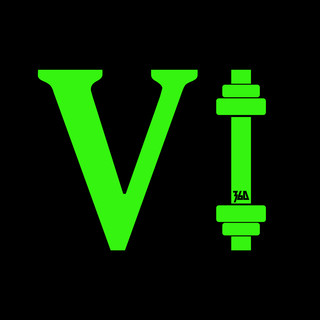 I was smashing Skittles any minute I can (I was)

Until I started looking like the Michelin Man (I did)

So now every day I hit the gym in the tan

Any form of exercise there isn't a plan (Nup)

It doesn't matter when I listen to trance

I can't help but break into this ridiculous dance

It's like a faster running man,
but I'm kicking and flicking my hands (Woo)

Yeah, bulking on these motherfuckers

Incredible Hulk'in' on these motherfuckers

I'm the dude in the gym training his upper body

With pants on 'cause downstairs
there's nothing on me

Yo, my hamstring actually looks
like an actual fucking hamstring

The damn gym's the only
thing that I'm advanced in

Bustin' out reps in the tempo that I dance in

In cardio I'm the best on the map

I'm so obsessed with fitness that I'm the definition

When I rap I even get the record skippin'

I got a thick neck, but shit legs, ayy?

Nah, I got a big headache

Cunt, we'll do it tomorrow, man,
I'd rather hit chest, ayy

I do ten sets on the benchpress

Then do ten reps on the pec deck,
I've got the best chest

And if you want the same then listen to your sensei

You want the best shape?
Go and get your chest great

Fuck your legs, mate,
only worry about your pecks, ayy

You gotta work out the best way

Where every day is chest day,
yeah, it's Forthwrite, Dem Gainz

If you wondering where 6 been lately

You can catch me at the gym, baby

It shows I got my pecks so strong

Everybody sayin' that my chest so bomb
(This cunt's massive)

I know you probly thinking this shit's crazy

Upper body is the shit, baby

You know I got my headphones on

Won't believe that it's a techno song

The moment that I walk in the gym

You're like, "What the fuck's my girl
doing talkin' to him?" (Sup babe)

A workout's better the shorter it is

So I'm calling it quits before it begins

Walk straight up and disconnect the exercise bike

See people looking mesmerised when I ride by (Bye)

The time I was never quite right

You're tryna hide your flaws,
I'm tryna emphasise mine

So while they try and get all energised, I

I'm tryna blend in with the rest of my kind

Lookin' skinny on these motherfuckers

See my arms?
Muscles are mini on these motherfuckers

All these lames say it's gain season (It is)

'Cause time is money and shit's expensive

So I ain't leavin' till I break-even, yeah

It's hard to summarise it, but well

In a nutshell I won't touch a dumbbell

I hear 'em call me skinny like I give a fuck

I idolise those skinny runts
bumming ciggies in the city, bruh

And I'm not giving up till I look similar

And this is sincere,
I been at this gym for six years

People wonder why I'm even in here

It's 'cause I hate working upper body,
man, I can't take it

But if there's legs being
worked out then I'm partaking

See me half-baked in my apartment

And do a shitload of cleans, I don't need the jerk

I'll even spend a whole night in a squat rack

I don't know, I lost track

I want my top half lookin' like I'm on crack

And if you want that too here's a template

To get your flex game better
than your best mate

If you wondering where PEZ been lately

You can catch me at the gym, baby

You know that when I flex those quads

I know you probly thinking this shit's crazy

Lower body is the shit, baby

You know I got my headphones on (Yeah)

Best believe that it's a techno song