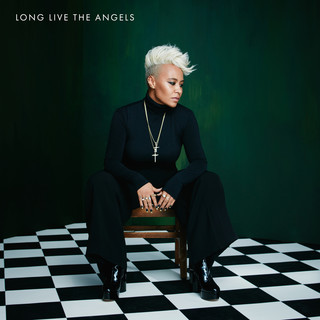 I feel it running through my veins
Guess I'm already bleeding for it
All four chambers got a different kinda beat for it
Try to hold my breath but it's filling up my lungs
Try keep it quiet but it's banging like a drum
And they're shaking up my bones
And tearing up my ligaments
I'm still tryna act like, nah it ain't that serious
But I'm deep in my womb and I'm kicking on the diaphragm
Try not seizure, blades like Caesar
Funny when I feel the choke of the umbilical
My soul gets deeper, songs real spiritual
Cross around my neck and a crystal in my pocket
My love is the bomb and forgiveness is the rocket
Which army gon' stop it, my faith rises up
Even while pulse droppin'
I wrote it on my heart so it's never forgotten
You're only begotten
The sun and the moon and the stars, all been watching