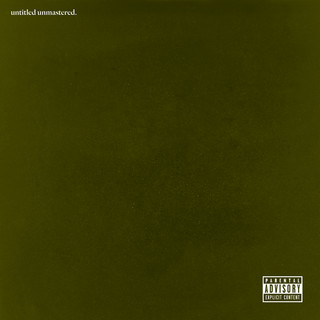 I'm sick and tired of being tired
Can't pick a side, the Gemini
Prophesize if we living, I
Promise momma not to feel no lie
Seen black turn 'em Burgundy
Hundred of them, I know I'm greedy
Stuck inside the belly of the beast
Can you please pray for me?

Get God on the phone
I just got a raise (I just got a raise)
Spent it all on me (I spent it all on me)
Diamonds all appraised (diamonds all appraised)
And I'm bossing up (and I'm bossing up)
Bitch get out the way (bitch get out the way)
I'm the only way, we can fornicate
Ah, pimping and posing, look what I drove in, ah
Having these hoes and I know that I'm chosen, ah
I live by the code and me and my bros and
Ah, my dollars ain't foldin', you was never the homie

Seen black turn 'em Burgundy
Hundred of them, I know I'm greedy
Stuck inside the belly of the beast
Can you please pray for me?

Cornrow Kenny, he was born with a vision
All morning with the mixed dashboards triple digits
Parallel park like an alien, can't visit
Slideshow for the night show, ten bitches
Find hoes with a blindfold, King Kendrick
(Hello Billy)
So many plays on me I finesse
Palisade views with some sex
I lost a lot of love for missionary
This the first time I confess
Me and Top is like a Kobe and Phil
A father figure fuck with him, you get killed
Fuck with me and he will kill you himself
TDE the mafia of the west
Move in silence, yeah, we juggin’ like that
Act of violence, yeah, we juggin’ like that
I did a lot of dumb shit in my past
Lord forgive me, hoping I don't relapse
Dave just bought a new nine eleven
Almost thought I’d seen another plane crash
Q just bought a brand new McLaren
Rock-a-lack about to buy the projects
Moosa got his son dripping in gold
Ali 'bout to let his hair down on hoes
Me, I'm about to let my hair down on hoes
Top billing that’s a million a show
Might blow the whole no whammy on Soul
Might tell Obama be more like Punch
Sounwave caught a Grammy last year
Mack wop, bet he do what he want
Fuck you niggas, level two I'm not done
2Teez told me that I am the one
I can put a rapper on life support
Guarantee that's something none of you want
Ten homies down and they all serving life
Water's like twenty-five hundred a month
What if I empty my bank out and stunt?
What if I certified all of these ones?
Bitch I get buck, I'm as real as they come
Shit is amazing, I'm feeding my cravings
You know that you want me come here now lil' baby
I'm fuckin, I'm crazy
Serving it like I belong in the basement
Or live at the Days Inn
Yan Yan my relative, black cherry soda
Pistol and poverty, come get to know us
(Get Top on the phone)

Who doing the drums?
Man put that nigga on the drums man
Yep all day, Mortal Man and Kunta
Alright, from the top!