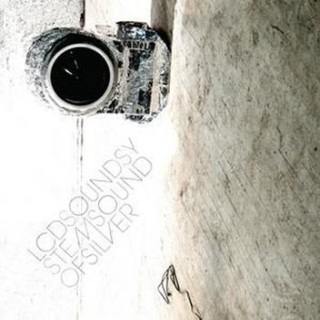 Oh, I don't know
I don't know, oh, where to begin.
We are North Americans.

And for those of you,
Who still think we're from England.
We're not, no.

We've been on planes, been on trains
Till we think we might die,
Far from North America.

Where the buildings are old
And you might have lots of mimes.

I hate that feeling,
When you're looking at me that way,
Cause we're North Americans.

But if we're acting all shy,
It will make it okay, makes it go away.

And all the kids, all the kids they want to make a scene
Here in North America
Well now your kids get to read it your magazines
We don't have those.

So throw a party,
Till the cops come in and bust it up.
Let's go, North America.

Oh, are you planning it?
I didn't mean to interrupt,
Sorry.

I did it once, and my parents got pretty upset.
Freaked out, in North America.
But then I said, "The more I do it the better it gets."
Let's rock, North America.

New York's the greatest,
If you get someone to pay the rent.
Wahoo, North America.
And it's the furtherest you can live from the government.

Some proud American Christians might disagree
Here in North America.
But New York's the only place we're keeping them off the streets, boohoo

Now we can't have parties
Like in Spain where they go all night.
Shut down in North America.
Or like Berlin,
Where they go another night, alright.

You see, I love this place that I have grown to know,
Alright, North America.
And yeah, I know you wouldn't touch us with a ten-foot-pole
Cause we're North Americans.