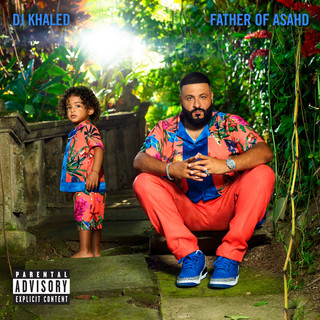 (We The Best Music!)
2019, we ain't takin' no shorts unless we goin' on vacation
Big fish (Another one)
Uh (DJ Khaled)
Drop-top Dawn
It's all about commas
I went from least to most wanted, to the top of the Forbes
Fresh out the trenches, I weathered the storm
Young livin' legend, I be on that shit that these niggas ain't know

I went to war with the system
To give my son toys on Christmas
Probably won't give me no Grammy
Puttin' awards on wrists
We had to kill just to make it out, shit, we puttin' rewards on niggas
Live by the gun and we die by it
Shit, I'm prayin' the sword don't kill us
Prayin' the Lord forgive us
We goin' to war with killers
They put a bounty on my dog, want 'em dead by morning, nigga
We took risks to live like this, ain't doin' consignment
I brought my momma tears and I turned 'em to VVS diamonds

I know you see me on top of my game, ain't see me declining
Tony a monster, the night that he saw me, he seen I was climbing
They took my elevator, I said fuck it, I'm taking the steps
Got me on bail, they put me in jail, they say I'm a threat
(Say I'm a threat)
Fighting for freedom eleven years, it been taking my breath
Watchin' the feds take pictures of me, it been making me stressed (Making me sweat)
Tapping my phone, taking my rights and making 'em wrong
Deep in this shit, had to dance with the devil to make it back home
Yeah

I got a call from one of the dogs, said "you been riding private"
He say I should tell the pilot to come and get him
And the crazy part about it, my nigga sittin' in a prison
And the other crazy part about it, I really know that feelin'
I can't put my trust inside the system
Gotta be here for my sister and my niece believe in Christmas
And her dad, somebody killed him
Some shit I don't remember
'Cause I'm livin' in them bars when they had me on them laws
I blame God for my convictions
Never give the judge that ammunition
Never had no co-defendants
God gon' be my only witness
Never take it personally, it's whatever when we handlin' business
We been through the worst, them situations we can never mention

You'll have your mom losing her mind if you get a conviction
Got some homies sittin' in the feds, hope they get an eviction
Praying to his gun, he got his fire, he ain't got no religion
I heard Meek got 2 for a wheelie and I was in the kitchen servin'
Had me thinkin', is it all worth it?
Thinkin' 'bout the chances that I took to buy you purses
Thinkin' 'bout them lists that we went on and just go splurgin'
Switched it up and everything been workin'