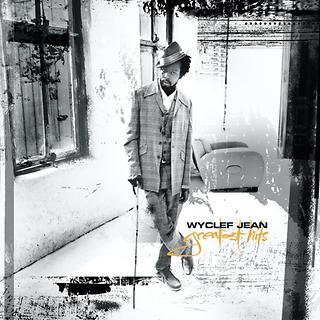 [Wyclef Jean](The Rock)
Yo this is strictly a club record
Dedicated to everybody who used to stand outside in the cold
When the FLEX was spinning at the Red Zone
Putting it down
And the tired bouncers would not let me in
Know what I'm saying?

Back in the days it was all about the clubs
And the so-called thugs used to dance the break for love
The girls, they wouldn't say HEY!
Unless you bought em champagne like it was their birthday
Me I used to stand outside hustlin my way in
I'm on the guest list plus five!
Who's performing tonight?
He said Shabba
Mister Lover that be needy and selective
(Someone jump the Rock's up in here)
Disrespect emcees and catch a smack in your left ear
Light up like Vegas when its time to gamble
Girls scream for me like I was part of the Beatles
But I'm not honey
But I could be your Paul McCartney
An ebony or ivory into my Jacuzzi
Foundation like Cool Hirth as DJ Red Alert go bizzerk
The needle ain't skip the record jerked
Cause y'all jumpin' too hard
(Hey! Hey! Hey! Hey! Hey!)

[Wyclef](Melky Sedeck)
How many of y'all ever been to a barbecue
And you always got an Aunt or Uncle that wanna show you
How all the old dances go
And they start it off like this
Electric side on the dance floor
Freaky-deaky like Studio 54
GIRLS!! Until the IRS raids it
Drug money get converted into music
The dope man becomes an entertainer
Leave that crack alone!
I told the customers
I'm into bigger and better things Mr. Fiend
You want a hit?
Give me a guitar and a drum machine
And the crowd will scream loud when the bass thump
I can smell it in the air, the smell is funk
Excuse me I gotta cough
Girl you wearing so much ice you could freeze New York
Your man must really love you
What does he do for a living?
(He works on Wall Street he's only home two nights a week)
That's when she said a little too much conversation
I think she want to indulge in lyrical masturbation
So I proceeded with the compensation, I said
Can I offer you a glass of Merrill Mrs. No Name?
(Let's get it straight huh, my name's Veronica)
She had the ass the size of South America
She said ain't you that kid that sing Guantanamera
Way before Ricky Martin started Livin' La Vida Loca
What hood you come from?
I was raised in Brooklyn, but did my studies in Jerusalem
The New Jerusalem yeah that's short for New Jersey
Checked my watch it was a quarter to three
Slid to her crib when we opened the door
Her man was on the bottle waiting for her with the 44

[Melky Sedeck]
Take me home, to the place
I belong at the Refugee Camp
And the Booga basement
That's where I live, oh