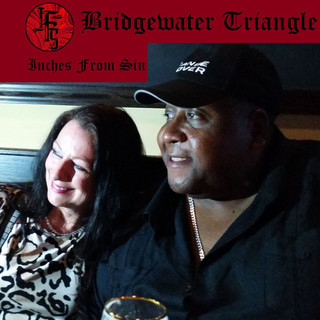 BIO
Inches From Sin is led by Robert Brewer and Karen Holloway. Robert was raised in the beautiful hills of Hazard, Kentucky until his early teens when he moved to Elmira, NY meeting Karen Holloway at Southside High School. At fifteen, Robert Brewer and Karen Holloway began singing together in Southside High School's Concert Choir and Jazz Rock...top 12 singers from Concert Choir. During and after high school, both performed in many different bands and acts. It wasn't until the two reunited in New England to form Inches From Sin that they would really catch their stride.
Early on Robert and Karen realized that their songwriting collaboration would lead to greater success, and began to write and record original music together. Since then, they have been taking their music to new heights. Released three tracks in Asia with Bongo Boy Records. Early last year they entered the UK Songwriting contest finishing as semi-finalists in the video category with the video “Raised In The Hills”. Inches From Sin filmed their first music video, Raised in the Hills in Rhode Island. This music video was placed on NBCUniversal Comcast through Bongo Boy TV and was seen on National Television in The USA