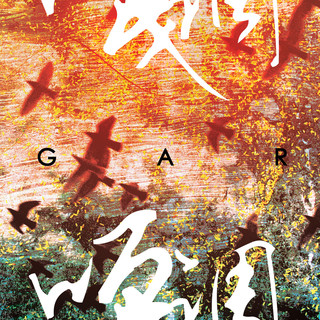 The three founding members of Gar were Zhan Pan on vocals and guitar, Wen Jie on bass, and Wang Xu on drums. They followed conventions, sang in Chinese, and didn’t play with form; all around, no gimmicks. But although they played relatively ordinary music, within the environment of free expression that is the indie sphere, there was something unique about them. They were like Indiana Jones’ true Holy Grail - unsophisticated and pure, yet endowing the holy water with its vital force.

Gar aimed to put out music that would resonate with listeners’ experiences and take root in their hearts. In every reincarnation of the music scene there are definitive songs and youth classics, and in the current cosmos of Chinese independent music, aside from the unabating clamor for challenge and innovation, it is Gar’s music that epitomizes this generation.

Gar has always been loyal to the idea that music should be free and uninhibited. Each song has a thoughtful core of picturesque disorder; at times compactly powerful and at times cleverly melodious, the effect is always revelatory. There’s an element of youthfulness about it, or a sense that it’s everyone’s last chance to uncompromisingly and unreservedly confront the unknown. It’s precisely because of this quality that fearlessness & unwavering resolve permeate every one of their songs. On top of this, the instrumentation conforms perfectly to the band’s intentions, faultlessly portraying the essence of the lyrics, making danger more pressing, emotional states more vivid, and taking everything to the next level.
類型：國語發行日期：2009.03